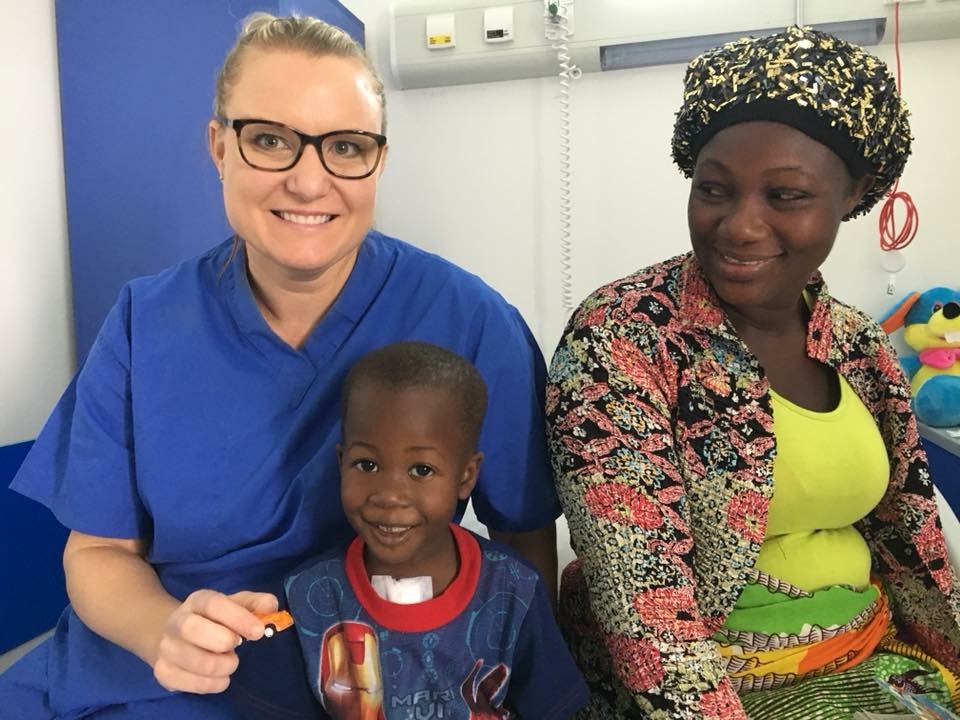 There are thousands of children with undiagnosed heart defects waiting for someone to find them to save their lives. On our inaugural trip to Lebanon, Cardiac Alliance met a child who traveled from West Africa to southern Lebanon in search of a definite diagnosis and hopefully life-saving surgery. How was is that four-year-old Emmanuel, or E-man as his village calls him, who was so sick that he would sleep most of the day, could possibly travel across the entire continent of Africa?! This is a story of perseverance that emphasizes each person’s ability to help a child in need, even when the task seems dauntingly impossible.

Emmanuel was born in July 2013 in the small village of Garplay, Liberia. His mother Kuku describes his inability to eat as an infant, needing to take breaks to breathe rapidly and he didn’t walk until age two. His family was finally able to travel to Monrovia, the capitol of Liberia to find a specialist. Emmanuel was presumed to have hole in his heart, though there is no an echocardiogram machine anywhere in the country to actually check his heart. His symptoms of extreme difficulty breathing, keeping his oxygen levels high enough, and playing with his 4 siblings were tell-tale signs. He would often pass out for hours at a time while his family would gather around and pray over him until he came to.

Liberia was ravaged for 14 years during a civil war from 1989-2003. Because of this war, the country was left with no electricity or running water and very little medical care. While the country is now growing and improving slowly, the medical system is still very primitive in many areas. When it came to E-man, there were no services available to help him, the only way for him to get healing was to go out of Liberia. But that would cost money and with the majority of Liberians being subsistence farmers, including E-man’s parents, Emmanuel and Kuku, saving the money to get heart surgery in another country would be impossible. So they waited and prayed. For four years, E-man miraculously kept fighting; every time he saw a plane overhead, he would say, “My plane is coming to get me!”

This is where Emily and Brian from Florida, USA enter the picture. Emily and Brian work on the child sponsorship team for Light Evangelism Ministry and traveled to Liberia in March 2017. Emily describes meeting E-man for the first time, as “..heartbreaking. He was laying on a bench, gasping for air, and whimpering. His lips were blue. He didn’t even have the energy to sit up.” Emily and her organization committed right then and there to exhaust all efforts to get surgery for E-man.

They made dozens of phone calls, just stabbing in the dark, trying to find a hospital in America that would work pro bono to save this child. After months of trying, they finally found a hospital in Florida willing to do the surgery, but were quickly devastated when the American Embassy in Liberia told us they would not grant a medical visa for any reason.

Back to square one. After putting out a general plea on Facebook, one of Emily’s friends connected her with Elizabeth Novick, a founder of Novick Cardiac Alliance and wife of Dr. Bill Novick. Dr Novick accepted to repair E-man’s heart, as long as they could get him to any of the locations where Novick Cardiac Alliance was working. The first available country was Libya, but within days of travel, the visa fell through. Ukraine was next. But their hopes were quickly dashed as they found out E-man and Kuku would have to fly to Senegal to get a visa for Ukraine. The extra travel would be impossible for E-man in his condition and the money for the extra flights was more than anyone could afford.

After some research, Emily discovered that Lebanon had an embassy in Monrovia, Liberia’s capital city! Now, just three weeks before Cardiac Alliance was scheduled to be in Lebanon, Emily and her organization were pressed for time to raise the money to fly E-man across the continent. 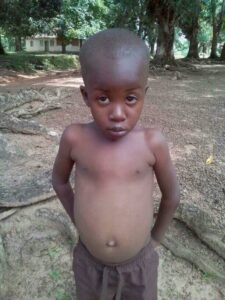 On October 11, Kuku called Emily. E-man had had a horrible couple of days. He wasn’t eating. He was sleeping a lot and was not able to get off the floor. He was so very sick. Again Emily took to Facebook and posted a video explaining the call she’d just received. The money started to pour in, and in just one day, raised more than the amount they needed! They were fully funded, and E-man would have his surgery!

One more hurdle. The Visas. Emmanuel and Kuku went to the Embassy and were told the man who wrote the letter from the Lebanese hospital would have to call the Embassy to confirm the validity of the case. From America, Emily called Rashaya Governmental Hospital and was connected with the hospital medical director Dr. Yasser Ammar. Dr. Ammar called the Embassy, and E-man and Kuku were immediately granted their visas… just 5 minutes before the Embassy was closing for the day!

No more hurdles. No more mountains. E-man’s surgery was on its way. 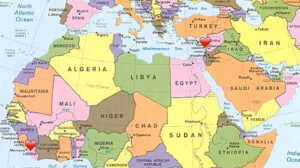 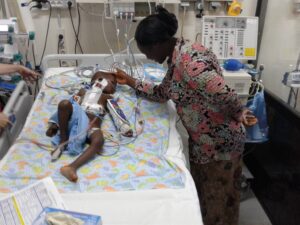 Emmanuel arrived at Rashaya Governmental Hospital in southern Lebanon on October 23, and our team performed an echocardiogram and officially diagnosed E-man with tetralogy of fallot. This diagnosis explained why E-man would often squat when playing with his siblings, his body’s attempt to get more oxygen. His surgery was scheduled immediately.

On October 25, Emmanuel received his healing surgery and we know he has a beautiful future ahead of him. It is people as determined as Emily that can help us save these children. This story brings us encouragement that individual people in the world have the power to bring awareness and treatment for the number one birth defect, congenital heart defects. 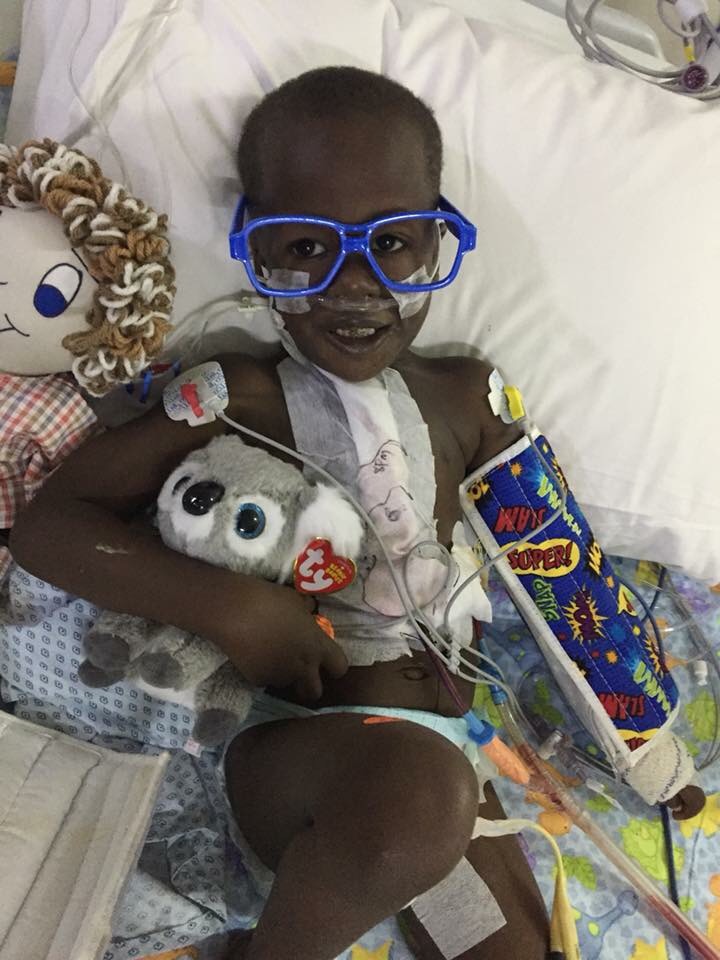 We all have hopes that E-man will provide great change in his home country of Liberia one day! 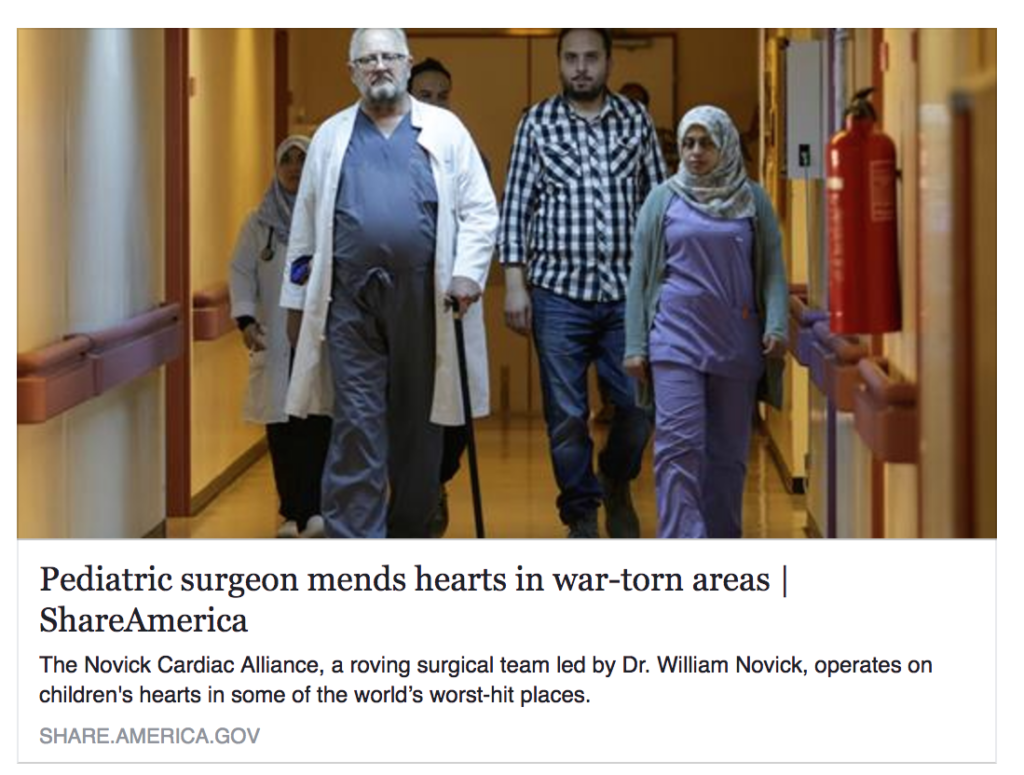 Cardiac Alliance has been featured on ShareAmerica, a platform produced by the US Department of State. Our story has been shared to all the US Embassies worldwide. This particular story can be translated into seven different languages. Read the article on ShareAmerica to learn more about our life-saving work in war-torn areas.

Why Our Work In Libya Is So Critical

Libyan children are under threat from all sides, but you can help us protect them. Take two minutes to donate toward saving and serving a child by clicking here.

A Video Update From Dr. Novick In Libya

We’re well into our second surgical mission here in Libya, and things are moving steadily along. Take two minutes to hear an update on our work, straight from Dr. Novick.

Our first mission to the city of Tobruk, Libya was a huge success!

As Dr. Novick put it: “It wasn’t a particularly difficult or eventful trip…but the locals REALLY appreciated us being there.”

After 16 successful cases, closing ceremonies involved a lot of hugs, cake, selfies, and hand shakes. Thanks to all of our donors, volunteers, staff, and supporters who helped make it possible—we’re grateful for all of you!

We’re leaving Libya today after providing the final two operations on Thursday, both extubated by 8 p.m., The Benghazi Medical Center team is staying behind for a few days to get all the children discharged from the hospital. We all flew to Al Bayda, then from there we spread out across the globe to our homes on Saturday. We spent a few hours with the Libyan Minister of Health discussing the needs at Tobruk Hospital so it is better prepared for our next trip. The Kharkiv team finishes up today as well and will head home tomorrow. Next up, Honduras and Macedonia starting end of next week. I will be traveling to Tehran, Iran and Tashkent, Uzbekistan over the next month to review sites for future assistance, wish me luck. —Dr No

A few more photos from the trip: