Things I can tell you about Seraj, at 2 years old:

He likes to sleep sideways in bed.

He loves his mom like crazy, and missed her so much when she wasn’t beside his bed he called out to her “Mama! Mama!”, and tried to escape his bed to go find her every chance he got.

He loves milk almost as much as his mama, and finds comfort in his bottle the way other kids use a soother. Oh, and Seraj has a genetic disorder that caused him to be born with a defective heart.

In the first, intense moments of motherhood, when Seraj’s mom counted his fingers and toes, looking for hallmarks of health, she probably didn’t think anything of his broad neck, wide-spaced eyes, or the fact that his ears are low-set and tip toward the back of his head.

But his doctor certainly noticed. Seraj was born with some of the classic signs of Noonan Syndrome. And from the first glance of this beautiful, squirming, dark-haired boy, Seraj’s doctor knew the chances were high that he had a heart defect.

Noonan Syndrome might have been inherited from his parents, or it might have happened spontaneously in his earliest days of development. Either way, Seraj’s genes prevent some parts of his body from developing normally—including his heart.  If Seraj had been born in a different part of the world—America for instance—where he could get the medical care he needed early in life, he most certainly would grow up to adulthood, and lead a normal, independent life. But he wasn’t born in America. He was born in Libya, at at time when the country is crippled by violence, financial instability, and lacks the medical professionals to correct the life threatening defects he was born with.

On their own, Seraj’s family had little chance of getting to see their boy grow up. They simply don’t have the means or connections to send him out of country for surgery.

You helped Seraj get the lifesaving heart surgery he needed. You helped local doctors and nurses learn how to better correct heart defects like his. You made life better not only for Seraj, but for so many other children who will come after him. When Seraj grows up, he will always be short. His facial features will probably soften, so it will be harder to tell that he has Noonan Syndrome. He might grow out of his love for milk, but hopefully not his love for his mama.

Because he received heart surgery, we can make endless guesses about his future. Because now he has one. 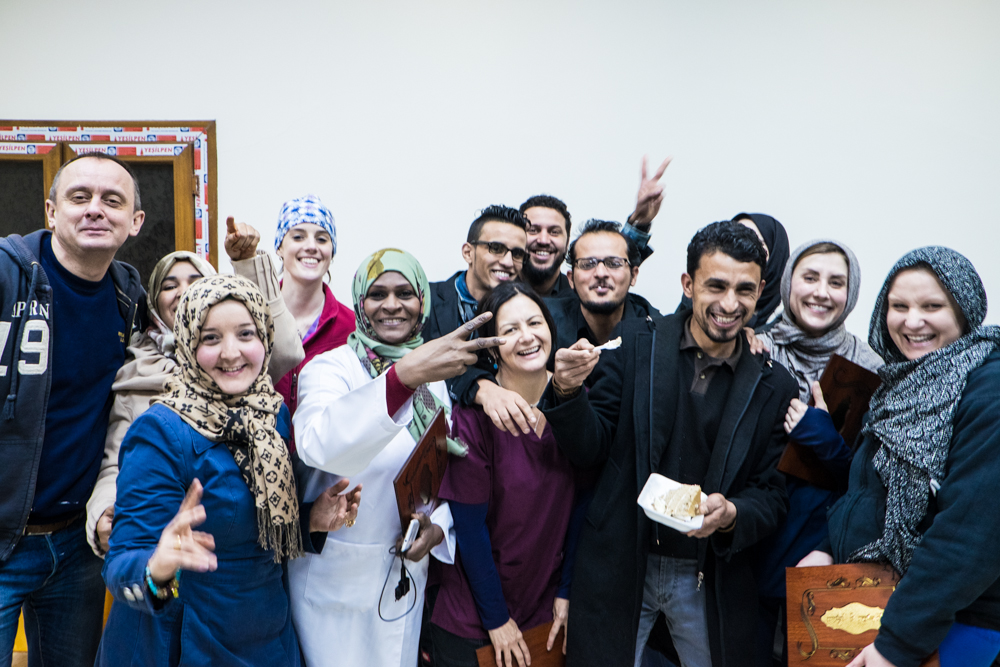